The majority of the share was accounted for by the North American market region in the global bleeding disorders treatment market in 2021.

The outbreak caused by the SARS-CoV-2 virus has led to some severe consequences such as lockdowns, travel restrictions, and a reduction in the number of hospital visits. This has created wreaking havoc on the bleeding disorder treatment market primarily because people with blood cancers or other blood and immune system problems were at high risk of contracting the infectious disease. In addition, due to severe clinical consequences, patients with bleeding disorders were also susceptible to other viral and bacterial infections, which can worsen their immunocompromised conditions.

The pandemic has also disrupted the supply chain, and many companies are moving to focus on various strategies in the future to ensure products remain available and protect their supply chain. Thus, the COVID-19 pandemic has moderately affected the market. However, the situation is expected to improve over the forecasted period gradually.

According to the Centers for Disease Control and Prevention (CDC), the prevalence of hemophilia varies widely in the United States, with predisposition seen highest in the Midwestern and North-eastern states. Additionally, people with hemophilia are more likely to be seen in Caucasians and the Hispanic population, with more minor cases in the black race and Asian community. Based on the American Society of Hematology data, in 2016, approximately 20,000 people in the United States had hemophilia.

Pharmaceutical and Biotechnology companies are supporting to increase availability for treatment through promotions and advertisements, along with favorable programs for the treatment of these diseases are anticipated to sustain the growth of the bleeding disorders treatment market over the course period. In addition, several companies are in-line to seek approvals from the United States Food and Drug Administration (USFDA) to market the gene therapy in the coming years, as the procedure has attracted considerable interest from healthcare professionals.

However, the high cost of bleeding disorder treatment drugs, absence of favorable refund policies, poor awareness in some developing regions are expected to restrain the market growth over the forecast period. Another restraining factor challenging the bleeding disorders treatment market is the lack of access to adequate treatment due to a shortage of trained healthcare professionals across the globe.

Avail sample market brochure of the report to evaluate report usefulness, get a copy @ https://www.marketdataforecast.com/market-reports/global-dna-testing-market/request-sample

The report can be customized as per the requirements; talk to our team @ https://www.marketdataforecast.com/market-reports/global-dna-testing-market/customization

SEGMENTS COVERED UNDER THIS REPORT: 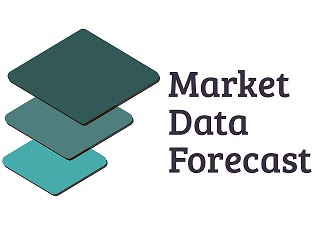