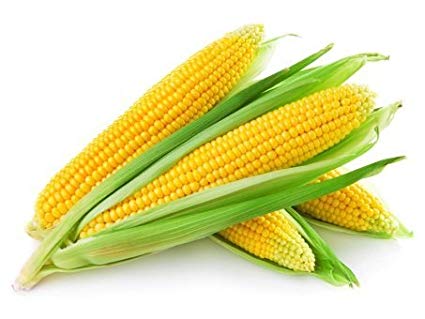 Sweet corn is corn with high sugar content. Sweet corn is the result of a natural recessive mutation in the genes that control the conversion of sugar into starch in ENO corn. Unlike field corn varieties, which are harvested when the grains are dry and ripe (growth stage), sweet corn is harvested in an immature state (milk stage) and cooked and eaten as a vegetable instead of a cereal. Because the ripening process involves the conversion of sugar into starch, the corn is poorly stored and must be consumed. Fresh, canned or frozen, before the grains become chewable and starchy.

Extension of the cultivated area of corn.

Corn seed sectors, particularly in South America, are regions of promising growth with growing industrial demand for corn in general. Consumption is expected to be higher, mainly due to the demand for animal feed. The use of ethanol as fuel is expected to increase only slowly.

Demand for animal feed is expected to increase in the future due to growing demand, economic growth, income growth, and growing demand for livestock and consumer preferences.

The corn seeds market is not concentrated like the agrochemical sector; However, the selection of farmers is increasing as varieties with crop characteristics increase. The global corn seed market remains fragmented due to market size and key factors. Seed companies are investing more resources in research and development to strengthen their progress in key markets.

International trade accounts for only 12 percent of world corn production. World corn trade has increased significantly from 55 million tons to around 80 million tons in the last two decades, with the fastest expansion in recent years. The structure of the world corn market can be characterized by having a high concentration in terms of exports, but a very low concentration on the import side. The main reason for this development is the fact that, as a general rule, there are only a few countries that have a significant surplus of corn for export, while countries based on international markets meet their pet feeding needs by importing. Cover corn (as a basic ingredient) are many. The United States is the largest corn exporter in the world, accounting for about 60 percent of the world market share (more than 70 percent a decade ago), followed by Argentina and China. Brazil, South Africa, and Ukraine belong to other countries, which often have export surpluses.

The broad R&D, regulatory support, and profitability of commercial seeds are expected to drive regional market growth. The advent of precision agriculture has resulted in farmers gathering more detailed data. This should increase farmers' awareness of this seed.

Central and South America are expected to grow faster, with an average annual growth rate of 10.7%. Agriculture is an important part of the economic system of the region, since there is a wide range of agricultural structures and practices, from small farmers in Central America to large-scale professional farmers in Brazil and Argentina. Latin America plays an important role in world agricultural trade, with Brazil and Argentina among the three main corn and soybean exporters.

The agricultural sector in the Asia-Pacific region consists of basic agricultural systems in countries such as India and the highest technical standards in Japan. The common characteristics in the region are the domain of small producers and the importance of rice, with Australasia being the only exception.

Karthik Thelakula is a Content Writer in Market Data Forecast, one of the world’s leading research and consulting for various business domains, individuals and corporate clients.