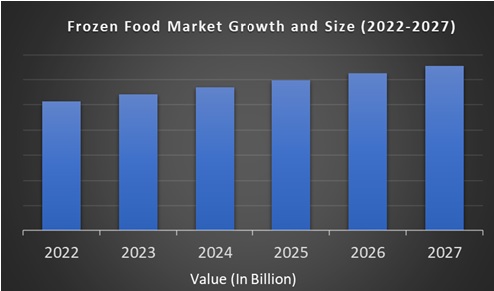 The term "frozen food" refers to food that has been rapidly frozen and is kept frozen until it is needed. A few of the frozen foods that you can find on the market include peas, chips, ice cream, fish fillets, bread, pizza, sausages, and plain chicken. Packing the food inside a laminated pouch is a process that involves packing the food inside a laminated pouch. This is the process that involves exposing that pouch to a vacuum before sealing it. It is necessary to boil water in a pot for the sealed pouch to be cooked before it can be opened. When the pouches are cooked, they are immediately emptied into a stream of cold water, which will quickly cool them until they can be frozen in a freezer. Food that has been frozen is considered safe for consumption. This is because it slows the movement of molecules, which causes microbes to enter a dormant state. This prevents them from reproducing. As a result of the freezer, food will remain fresh for a longer period. This is because microorganisms are prevented from growing, thus preventing food spoilage and food-borne illnesses from happening.

A variety of benefits of frozen foods, such as significant nutritional benefits, a longer shelf life, a lower amount of food waste, Frozen food products solve problems for daily nutrition and more value for money, are the key factors driving the global frozen food market. There has been an increase in the number of working people, which has led to a busier lifestyle and a greater concern about one's health, thus driving the consumption of ready-to-eat foods to increase, increasing the frozen food market share.

Rapid Urbanization and a Busy Lifestyle

There has been a significant increase in the number of people moving from rural to urban areas in developing countries to look for employment. As a result of long working hours and a busy lifestyle, the ready-made frozen food market has grown rapidly in recent years. The preparation of this type of food requires less effort and less time as compared to the preparation of cooked food. It can be bought in supermarkets and online via home delivery services. As frozen foods have a longer shelf life, this means that they can be served again for a long period after they have been consumed. In addition, they can also be stored in the freezer again. As a result, individuals do not have to purchase food regularly, and they can store their food for a longer period after purchasing it.

Foods that are frozen are healthier since they contain more vitamins and minerals than foods that are not frozen. Unlike most frozen foods, vegetarian frozen foods retain all of their natural fats, proteins, and carbohydrates as well as their vitamins and minerals. The nutritional value of fresh foods is lost if you do not consume them immediately after they are prepared. However, the nutritional value of frozen foods is retained if they are consumed shortly after being prepared. The low temperature of frozen vegetables prevents germs from growing, so preservatives are not required to maintain their quality. The fish you buy fresh is more likely to spoil than the fish you buy frozen. Fresh fish often loses some of its flavor and nutritional value after spending a week waiting to be shipped to the store, as it usually requires additional preservatives. These health benefits are driving the growth of the Frozen food market.

Due to the disadvantages of frozen food, such as the taste of the food and the fact that frozen food is limited in variety compared to fresh food, there are some restraints put on the ability of the frozen food market to scale up. In addition to this, there are large populations of people with lower incomes who prefer to consume fresh food over frozen food due to the freshness of its ingredients. There is a lack of awareness among consumers about the fact that if frozen food is stored for more than a few days, it will not lose its nutritional value, even though it is frozen. Frozen fruits and vegetables are preferred by consumers, which is also another factor hampering the growth of the market. Food that has been frozen for a long time may have changed its texture. Additionally, the flavour, texture, and appearance of fish can all be harmed if it is not properly frozen.

The convenience food and ready meals sub-segment leads the product segment in 2021 and is also expected to expand during the forecasted period. Because of the busy lifestyles of the working class and the growing health concern, there is a strong trend toward convenient and ready meals in the marketplace. Nowadays, there is a growing tendency for people to save time in their lives, which is why convenience foods are being developed. These foods can be prepared quickly, saving a lot of time and effort for individuals with busy schedules. The rising number of people who work in developing economies such as China and India and the long hours they work is a major factor that has led to the shift away from traditional cooking methods to convenience foods and ready-made meals. Frozen foods have more vitamins and minerals than fresh foods because they are preserved for a longer period. In contrast, fresh foods lose vitamins and minerals as time progresses.

Other than convenience foods and ready meals, the fruit and vegetable segments are also growing at a significant rate. Frozen potatoes are experiencing considerable growth in the market due to an increase in the use of French fries, which are the single most popular product in many fast-food restaurants. It is in the commercial sector that fruits and vegetables find the most use, where they are used in many recipes for different purposes.

Ready-to-eat is the segment leader and is expected to hold the largest market share over the forecasted period. There has been a trend among semi-urban and urban populations to turn to ready-to-eat frozen foods as a result of convenience and the pace of life they are leading. As a result of rapid population growth in developing countries, the working population has been growing rapidly, which has fuelled the market's growth. These ready-to-eat foods, after eating, can be stored in the freezer for a long time and then again can be cooked. These key factors are driving the growth of the segment and the frozen food market.

Offline is the segment leader and is expected to hold the largest market share over the forecasted period. There is an increase in the number of deep-freezing facilities in supermarkets as well as an improvement in the quality of infrastructure, which is driving the growth of this market. As supermarkets are becoming more and more prevalent in developing countries, there is a sharp increase in the market for frozen food products as well. Moreover, when you are in the store and can read the ingredients label or section, then you can find various types of information about the product much more easily while you are shopping.

The online segment is also growing in the frozen food market. Many people who live hectic lifestyles are more comfortable ordering food from the comfort of their homes rather than visiting a physical store. This will save their time. There are numerous startups these days who are supplying frozen food via the internet, in addition to offering various discounts on top of that.

The European region is estimated to hold the highest position in the food authenticity market and is expected to grow during the forecasted period. As a result of several factors, there is an increase in the consumption of ready-to-eat food, which provides comfort and convenience, as well as increased awareness about health issues. Frozen food is one of the most popular items to be used in this region due to the early adoption of frozen food. This is due to the food habits of the people.

Among the regions, Asia-Pacific is one of the most promising ones and is expected to expand rapidly. As a result of the increasing population and the development of more supermarkets with freezers, this market is growing. Additionally, it is predicted that the frozen food market is expected to grow at the fastest rate due to the increased availability of frozen food products through online retail. Fast food franchises are also driving the growth of the frozen food market in the region due to the large number of them opening up in the region.

Major Key Players in the Global Frozen Food Market are

What will the market value of Global Frozen Food be in 2021?

Which distribution channel is most likely to see widespread use in Global Frozen Food Market?

Which region will lead the market for Global Frozen Food?

Which companies are leading the Global Frozen Food market?

The leading companies in the market are Nestle SA, McCain Foods Limited, Unilever, and others.

What is the estimated growth rate and value of the Global Frozen Food market during the forecasted period?